Use of ‘telehealth’ rising, slowly 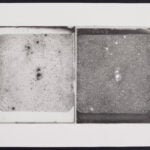 Telehealth — accessing health care via a smart phone, tablet, or computer — is on the rise in the U.S., but it’s still relatively uncommon, even though 32 states have enacted laws mandating insurance reimbursement for such services, according to a new study led by Harvard T.H. Chan School of Public Health.

The study, which reviewed insurance claims data from 2005 to 2017 from a large private U.S. health plan, found that annual telehealth visits among all members of the health plan increased from 0.02 to 6.57 per 1,000 members during the study period.

There was a notable uptick in the use of telehealth among primary care physicians from 2015 to 2017, with the increase more frequent among younger, urban patients, according to a Nov. 27, 2018 article in FierceHealthcare. The study also found a steady increase in the use of telemental health services, with the highest demand in rural areas, where there tend to be fewer practitioners.

The findings suggest that policies to boost the use of telehealth should focus on specific medical specialties, said lead author Michael Barnett, assistant professor of health policy and management at Harvard Chan School.

Barnett added that the relatively slow adoption of telehealth may be due in part to hard-to-change attitudes among patients. “Many patients in the U.S. are fundamentally more comfortable being treated by a clinician face to face than a doctor by video or text chat; it will take time for that preference to change,” he said.