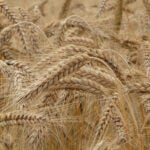 More than 250,000 gun-related deaths occurred in 2016, and half of them happened in just six nations: Brazil, the United States, Mexico, Venezuela, Colombia, and Guatemala, according to a new study in JAMA. The U.S. ranked 30th in gun homicides, but had the second-highest rate of gun suicides.

David Hemenway, professor of health policy at Harvard T.H. Chan School of Public Health, said in an Aug. 28, 2018 PBS News Hour article that the study provides evidence that guns “are a major public health problem, not just in the U.S. but throughout the world.” Hemenway, who directs the Harvard Injury Control Research Center, added that good data are crucial if policymakers want to bring down the number of gun-related deaths.

In an Aug. 28, 2018 Forbes article on methods being discussed for reducing harm from school shootings, Hemenway dismissed the suggestion to arm teachers. Given that school shootings are very rare occasions, he said, “The likelihood of any particular teacher in any given year preventing a school killing (that they could not have prevented without a gun) seems close to zero.”