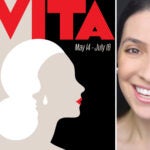 Partner institutions hope to “transform forever the landscape of studies of the history and culture of the African diaspora into Latin America,” Henry Louis Gates Jr., the Alphonse Fletcher University Professor and director of the Hutchins Center for African and African American Research, told the packed crowd at Tsai Auditorium.

Many once believed that the transatlantic slave trade experience was centered in the United States.

“While we must never lose sight of the legacy of slavery on this continent, so too we must change our focus to take in the wider world of the transatlantic slavery and to honor the following numbers of human lives,” he said. Of the 10.7 million Africans who survived the grueling journey, 4.9 million were taken to Brazil, another 1 million arrived in Jamaica, and millions more were taken to various islands in the Caribbean.

Despite these staggering numbers, many countries in Latin America have been in denial about the presence of Black people in their countries and of the importance of slavery in the shaping of their wealth and economy.

“We’re grateful therefore to the Ford Foundation for recognizing the fact that it’s critical that Afro Latin American Studies be given, at long last, the fullest support and necessary resources to pursue crucial lines of inquiry,” Gates said. “Both as a part of comparative American Studies and as a discipline on its own.”

Wednesday’s announcement included a message from Colombia’s Vice President Francia Elena Márquez, who expressed her support for the initiative and spoke of the inauguration of the Permanent Forum for Peoples of African Descent at the United N. Márquez, the first Black female vice president of the South American country, spoke of joining forces in the quest for racial, economic, gender, and ecological justice.

Consortium representatives from all six partner institutions spoke briefly about the work that has been done in the field and what they hope the consortium will achieve. De la Fuente, director of the Afro-Latin American Research Institute in the Hutchins, said the consortium will allow the institutions to create momentum within the field, as well as open opportunities for students and faculty alike.