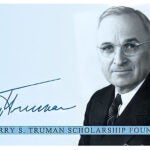 Since August 2021, Marc Lipsitch, professor of epidemiology and director of the Center for Communicable Disease Dynamics at Harvard T.H. Chan School of Public Health, has been working to strengthen the U.S. early warning system for health threats as director for science at the CDC’s Center for Forecasting and Outbreak Analytics (CFA). Lipsitch and others were scheduled to discuss the CFA’s work at a White House summit on April 19.

Q: How have you and your colleagues gone about building the CFA over the past few months?

A: What we aspire to do is to take the best science and the best techniques and apply them rapidly to help decision makers respond to emerging health threats. Right now we’re still a small team of about nine people, but the plan is to ramp up to 100 to 150.

We started in August to think about what the criteria for success for the CFA would be and how we would structure it to meet those success criteria. We did a lot of strategic planning and thinking. We decided to divide our efforts into several teams. The “predict” team is the group that will do the analytics, forecasting, and modeling. The “inform” team is designed to make sure that what we find and model is available in a timely and user-friendly way to decision makers at the federal, state, and local levels. The “innovate” team will work with partners in academia and the private sector to push the science of modeling forward.

Q: Was your team involved in responding to the Omicron wave?

A: When Omicron came, that interrupted our planning. Even though we were a small team, questions came up that needed addressing — about Omicron’s severity, its importation into the United States, timing of the likely wave, and other questions.

Like everybody in our field, we were watching what was happening in South Africa, where Omicron first emerged. Researchers there were producing very detailed and concerning data about the rise of Omicron. Starting around Thanksgiving and going into December, we worked with a modeling team in the Office of the Assistant Secretary for Preparedness and Response in the Department of Health and Human Services. We generated scenario models for what might happen, to provide warning to officials about the likelihood of a January surge. We were able to say that something big was coming and to do it in a way that gave a specific time frame — allowing people to understand that the surge wasn’t months away, but weeks away.

It became clear that Omicron was going to lead to lots and lots of cases, but it wasn’t clear how severe those cases would be. The data from South Africa was somewhat reassuring, but it felt important for the U.S. to have its own data. So Rebecca Kahn — senior scientist at CFA and a Harvard Chan School postdoc — and I spent a lot of time looking to see if there was a place that could evaluate clinical severity in a rapid fashion.