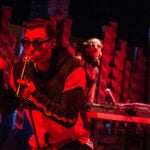 Both women held high-ranking positions during the Obama Administration.

Power served as U.S. ambassador to the United Nations from 2013 to 2017 and before that as special assistant to the president and senior director for multilateral affairs and human rights. A former journalist, Power won the Pulitzer Prize for her book, “A Problem from Hell: America and the Age of Genocide,” and has written a memoir, “The Education of an Idealist.”  Before joining the U.S. government, Power was the founding executive director of the Carr Center for Human Rights Policy and a professor at the Kennedy School.

Sherman served as under secretary of state for political affairs from 2011 to 2015. She was the lead negotiator for the Iran nuclear deal and also led talks with North Korea on its nuclear and ballistic missiles programs. She began her career as a social worker and activist on child welfare and low-income housing issues and was director of EMILY’s List before joining the State Department during the Clinton administration. She is the author of “Not for the Faint of Heart: Lessons in Courage, Power and Persistence.”

Biden has pledged to elevate the role of diplomacy in rebuilding America’s international standing after what he has described as the isolationist approach of the Trump administration. Sherman and Power both are on record stressing the vital importance of raising the profile of  alliance-based diplomacy and support for human rights as leading tools of U.S. foreign policy.

“Wendy Sherman and Samantha Power have contributed so much to the Kennedy School, through their teaching, writing, and engagement with public leaders,” Kennedy School Dean Douglas Elmendorf said. “Our loss now is the country’s gain, and we look forward to welcoming them both back to the Kennedy School in a few years and learning from their new experiences.”