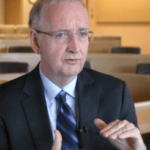 The future of public health under President Trump

Taylor, a retired Navy SEAL, was elected to Virginia’s 2nd congressional district as a Republican. Since 2013, he has served as a delegate in the Virginia House of Delegates representing the 85th District since completing his bachelor of liberal arts degree in International Relations at Harvard Extension School.