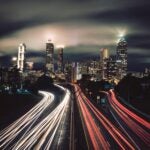 From spreadsheets to city streets

Martin Luther King Jr. would have turned 90 this year. While his name and his contribution to the U.S. Civil Rights Movement are revered, some wonder if King’s legacy is in jeopardy amid a resurgence of racism, xenophobia, and hate crimes in the United States. Moreover, while the African-American church was the foundation for King’s activism and organizing, many progressives and anti-racists see faith as an obstacle to racial justice, pointing to the conduct of some white Evangelical Christians in recent years.

Harvard Divinity School (HDS) Visiting Scholar Cornell William Brooks pushes back both on the doubts about King’s legacy and reports of the decline in the importance of religious communities in social justice movements. The Harvard Kennedy School Professor of the Practice of Public Leadership and Social Justice, director of the William Monroe Trotter Collaborative for Social Justice, and former president of the National Association for the Advancement of Colored People — and an ordained minister in the African Methodist Episcopal Church — says that people of faith have a commitment and willingness to sacrifice that is critical for successful activists. And he says that the legacy of the Martin Luther King Jr. ought to be measured not in the persistence of racism, but in the combination of hope and realism that he brought to the struggle for the rights of marginalized people everywhere.

HDS: Polling data indicate that most Americans believe the president’s words and actions encourage white supremacy.  Recent research links racist and sexist attitudes with the way that many white voters cast their ballots in 2016. And earlier this month a prominent member of Congress wondered aloud to The New York Times, “White nationalist, white supremacist, Western civilization — how did that language become offensive?” Does this represent a resurgence of racism more than 50 years after some of the most important victories of the Civil Rights Movement? Would Dr. King be discouraged? How might he respond?

Cornell William Brooks: I don’t believe that he would be shocked and surprised that in 2019, we have a congressional representative clinging to the vestiges of white supremacy under the guise of western civilization. Dr. King understood profoundly the degree to which racism, xenophobia, bias, and bigotry are deeply entrenched in the American psyche. That said, he might be disappointed at the degree to which we have apologists for racism in our society.

In the mountaintop speech in Memphis just before his assassination, Dr. King noted the enduring moral agency of his people. The sermon was a hopeful proclamation of the life that he expected us to live in the future, that “we, as a people, will get to the promised land.” He reminded us that hope is not empirically demonstrated; it’s morally chosen. We choose to believe that which scripture, our tradition, our history as God’s people — says about us and what it says about our future. And in the same way that he hoped, we yet hope. I yet hope.