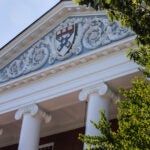 Stantcheva, the Nathaniel Ropes Professor of Political Economy; Williams, the Dwight Parker Robinson Professor of Mathematics and Seaver Professor at the Radcliffe Institute; and Pollan, professor of the practice of nonfiction and Lewis K. Chan Arts Lecturer, will join 180 American and Canadian fellows selected from nearly 2,500 applicants. In all, 51 scholarly disciplines and artistic fields, 81 different academic institutions, 31 states and the District of Columbia, and four Canadian provinces are represented in this year’s class of fellows, who range in age from 33 to 75. Close to 60 fellows have no full-time college or university affiliation. Many fellows’ projects directly respond to issues like climate change, pandemics, Russia, feminism, identity, and racism.

Since its establishment in 1925, the John Simon Guggenheim Memorial Foundation has granted nearly $400 million in fellowships to over 18,000 individuals, among whom are more than 125 Nobel laureates, members of all the national academies, winners of the Pulitzer Prize, Fields Medal, Turing Award, Bancroft Prize, National Book Award, and other internationally recognized honors.