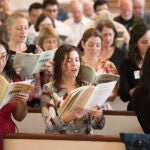 The study was published Oct. 19, 2017, in the American Journal of Public Health.

According to the study, handgun owners who carry their firearms tend to be younger, male, live in the southern United States, have grown up in firearm-owning households, self-identify as politically conservative, and own more than one type of firearm, compared to handgun owners who don’t carry their weapons on their person. Most cited protection as their primary reason for carrying a firearm.