The Scarlet F: Why fat shaming harms health, and how we can change the conversation 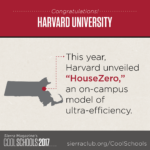 “Headless fatty photos have got to go,” says Monica Kriete, M.P.H. ’18. “The message they send is so harmful.” A student of social and behavioral sciences at the Harvard T.H. Chan School of Public Health, Kriete is also a passionate activist. Last fall, she helped mobilize student support for striking Harvard dining hall workers, talking into a bullhorn, her corkscrew curls bouncing.

But despite her outspokenness, Kriete, who identifies as fat, has long been attuned to the cultural signals, both subtle and blatant, that her body is not acceptable. After immersing herself in fat activism blogs as an undergraduate biochemistry and women’s studies concentrator, she’s come to the School to acquire the tools to help change the conversation around weight and health. A key part of that is attacking stigma and shame.

Kriete describes weight stigma as a toxic exposure, like air pollution. The more you breathe it in, the more it puts your physical and emotional health at risk — from depression to hormonal changes that can lead to long-term physical damage. It can come from a nasty comment on the street, a blunt physician, or a family member practicing “tough love.” And there’s mounting evidence showing that it’s not just cruel, it’s also counterproductive.

One might think fat shaming would be trending down as the size of the average American has gone up, but perceived weight bias is actually rising. Among women, it’s now even more common than racial discrimination, according to work by Rebecca Puhl and colleagues at the Rudd Center for Food Policy and Obesity at the University of Connecticut. They and others have found that most Americans see weight as a matter of personal choice and willpower—and people with larger bodies as undisciplined and lazy. Being formerly obese does not make one immune to biased thinking about people who still carry excess pounds, Puhl has found. It can even make newly thin individuals more likely to feel contempt, because having successfully lost weight themselves, they may be more likely to scorn those who have not. According to Puhl’s research, the factor most likely to protect against biased attitudes toward overweight is having a friend or loved one with obesity.