The rapid rise of private tutoring 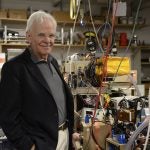 Having attended private tutoring centers as a child and worked at them throughout high school and college, Ph.D. candidate Edward Kim was surprised that such an integral part of his own upbringing had not been heavily studied. He entered HGSE’s Ph.D. Program intending to learn more about private tutoring, an industry that has steadily grown over the last 20 years with the number of private tutoring centers more than tripling.

During the pandemic the industry saw a boom, with one in five upper-income families hiring someone to aid with their child’s education. Policymakers also began to worry about the implications of “learning pods” — small groups of students taught by a private educator — on existing inequities in education. Even pre-pandemic, research around college entrance exams suggested that performance on these tests was more of a factor of income and the ability of families to provide appropriate resources and supports like private tutoring than a student’s ability.

But how does the demand for private tutoring, like test preparation, actually impact inequality?

A recent paper coauthored by Kim, William Henry Bloomberg Professor of Education Martin West, and Joshua Goodman, associate professor of education and economics at Boston University, explores that question, as well as the ways in which culture and capital intersect in the education sector in the United States. The study’s findings suggest that the location of private tutoring centers tend to be concentrated in areas with high income, high levels of parental education, and in areas with many immigrant and Asian-American families.

“We found that being Asian and being foreign born in the United States was a big predictor of whether or not you were more likely to have a private tutoring business in your neighborhood,” Kim said.

Kim also cited an article [from Sriprakash, Proctor, and Hu, 2016] that looks at Chinese nationals in Australia and tries to explain why certain communities have different attitudes toward private tutoring.

“The authors said on one hand, you can see tutoring as a cultural response, Asian families are more familiar with it because it’s more common in the country they come from,” he said. “But another way of reading this response is that enrolling in private tutoring is a way for a community that has low cultural capital, but high economic capital, to respond to a system that ostensibly rewards exam performance but does not prepare students for those exams. From that perspective, what would you do? It’s a very logical step. You train for the test. And I think that translates not just to Asian communities in the United States, but also upper income elite circles in the United States.”