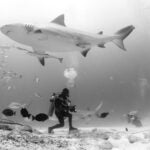 Writer and activist Terry Tempest Williams will join Harvard Divinity School (HDS) as a writer-in-residence for the 2017–18 academic year.

At HDS, Williams will spend time contemplating and writing about the spiritual implications of climate change and will lead a seminar with students. A naturalist and advocate for freedom of speech, she has shown how environmental issues are social issues that ultimately become matters of justice. She has testified before the U.S. Congress on women’s health issues, been a guest at the White House, and worked as “a barefoot artist” in Rwanda.

“The world is changing dramatically, both ecologically as well as politically,” Williams said. “But I believe our greatest transformation as a species will be spiritual. To be able to study and learn from those at the Divinity School will be a great privilege. I am looking forward to be in the physical landscape where Emerson stood and Thoreau walked.”

Williams is the author of numerous books, including the environmental literature classic, “Refuge: An Unnatural History of Family and Place.” Her most recent book is “The Hour of Land: A Personal Topography of America’s National Parks,” which was published in June 2016 to coincide with and honor the centennial of the National Park Service. In 2006, Williams received the Robert Marshall Award from The Wilderness Society, their highest honor given to an American citizen.

“No one has written more beautifully about the importance of environmental sustainability and spiritual advocacy in an era of climate change than Terry Tempest Williams,” said Dean David Hempton.