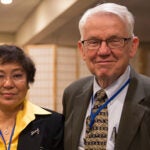 In 2016, public support for the Common Core State Standards and school vouchers continues to fall, with vouchers viewed more favorably by Democrats than Republicans. Support for charter schools remains steady, as does backing for the federal requirement that students be tested annually. Teachers think 10% of their colleagues are performing unsatisfactorily, but the percentage of the public thinking teachers deserve a salary increase reaches its highest level since 2008.

Celebrating its tenth anniversary, the Education Next annual survey of a nationally representative sample of Americans and of teachers presents 2016 opinions on education policy together with trends in opinion among the general public and among teachers, giving special attention to the differing views of Republicans and Democrats. This year’s results include two interactive graphics, providing both 2016 findings and as much as decade-long trends.

Education Next is a scholarly journal committed to careful examination of evidence relating to school reform, published by the Hoover Institution at Stanford University and PEPG at HKS.