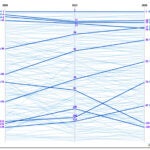 In late June, the Supreme Court issued a ruling stating that the Environmental Protection Agency cannot put state-level caps on carbon emissions under the 1970 Clean Air Act. Such authority would, in effect, steer states away from coal and toward other types of power sources that emit less carbon. The Court said that, instead, the authority to decide how power is created in the U.S. must come from Congress. Here, experts from Harvard T.H. Chan School of Public Health discuss the implications of the ruling.

Reaction to the decision

Charlotte Roscoe, research fellow in the lab of Francine Laden, professor of environmental epidemiology: This is a regressive decision that will limit EPA’s power to control emissions and mitigate climate change, which is a huge setback for public health. We are already seeing the health and economic impacts of wildfires, droughts, extreme heat, and intense storms here in the U.S.

Francesca Dominici, Clarence James Gamble Professor of Biostatistics, Population, and Data Science, and co-director of the Harvard Data Science Initiative: This is a bad decision completely inconsistent with the law, prior decisions from the Supreme Court, and even the conservative justices’ own judicial philosophies.

Aaron Bernstein, interim director of the Center for Climate, Health, and the Global Environment at Harvard Chan School (Harvard Chan C-CHANGE): We expected the SCOTUS to restrict EPA’s authority to regulate greenhouse gas emissions, and of the possibilities, this decision was arguably the least restrictive.

Effect of the ruling

Dominici: The Supreme Court took away an important tool that the EPA could have used to clean up the air we breathe. The decision will almost certainly slow down our country’s transition to clean power, and it’ll leave our air dirtier for at least the next five or ten years, maybe longer. If Congress doesn’t pass a new law to undo this decision, the dirtier air will make us sicker — and many Americans will die earlier as a result.

Dominici: Congress gave the EPA many tools to clean up our air. For now, the Supreme Court has only taken away one of them. So it’s important to remember that the EPA remains a powerful force to reduce greenhouse gas emissions, clean up our air, and limit the health effects of climate change.

Bernstein: Since the court said that EPA can’t make a rule like the Clean Power Plan, we need to redouble work to advance policy solutions in our cities, states, and Congress.

Roscoe: The transition to cleaner energy is becoming more cost effective and emission reductions are currently happening without aggressive regulation in the U.S.

Dominici: Pollution from power plans has dropped precipitously in recent years. So while the Supreme Court just set us back a bit, there’s a lot of good reason for optimism as we move forward.

*Dominici’s responses were prepared with the assistance of Scott Delaney, research associate in the Department of Environmental Health