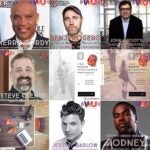 Researchers, students, and academic leaders from the U.S. and Japan recently gathered at the Longwood Campus to share experiences and brainstorm ideas for supporting and promoting women in academic research careers.

The Advancing Women in Public Health & Medicine Symposium was held Sept. 15, 2017, at the Joseph B. Martin Conference Center. It was sponsored by the Teikyo-Harvard Program, a long-running partnership that fosters academic exchanges and research collaboration in addition to an annual symposium.

“I believe that this symposium will help enhance our efforts to achieve gender equity,” said Yoshihito Okinaga, chairman and president of Teikyo University, in his opening remarks.

Addressing women’s unequal participation in the Japanese workforce has taken on greater urgency as the country’s birthrate remains low and its elderly population grows, said keynote speaker Hiroko Okinaga, Teikyo’s executive vice president and director of its Support Center for Women Physicians and Researchers. But Japanese culture has been slow to adapt. Male breadwinners working long hours remain the norm, and childcare can be difficult to access. Consequently, women’s employment goes down drastically during their prime childbearing years, Okinaga said.

To reverse this trend, Teikyo launched support services for women researchers in 2013. These included establishing onsite childcare, employing research assistants, holding networking and mentoring activities, and creating checklists to improve gender equity in the work environment. As a result, she said, the percentage of female researchers at Teikyo increased by 4.7% over the past four years.

In the U.S., women make up a substantial majority of students and postdoctoral researchers in public health, suggesting that most candidates for faculty positions in the field should also be female, said Meredith Rosenthal, professor of health economics and policy and senior associate dean for academic affairs at Harvard Chan School. This has not proved to be true, she said, although there have been some gains.

At Harvard Chan School, women postdoctoral fellows are just as likely as men to get an assistant professor position — but they are less likely to apply. One reason for this, Rosenthal found, is concern over work-life balance. “We need to create a culture that permits people to be successful while having full and fulfilling lives,” she said.

“Today was an opportunity to share ideas about best practices to promote women’s advancement in public health and medicine,” said Ichiro Kawachi, John L. Loeb and Frances Lehman Loeb Professor of Social Epidemiology and chair of the Department of Social & Behavioral Sciences at Harvard Chan School. “Although the proportion of women ladder faculty is twice as high in the United States (20%) as in Japan (10%), we still have a long way to go before achieving equity.”