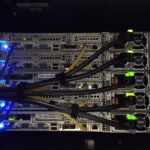 Cass Sunstein, J.D. ’78, the Robert Walmsley University Professor at Harvard University, renowned legal scholar, and behavioral economist, received the prestigious Holberg Prize at the University of Bergen, Norway, on June 6. HRH Crown Prince Haakon of Norway presented Sunstein with the prize, which is awarded annually to an outstanding researcher in the arts and humanities.

“Sunstein is one of the great intellectuals of our time,” said Dr. Pratap Bhanu Mehta, chair of the Holberg Committee. “Cass Sunstein’s work is animated by a profound sense of the ways in which human behavior poses a challenge for regulation … in addition to his contribution to the academic field, he has also mastered the art of communicating difficult and important ideas to the public. His work is rigorous, yet accessible, and marked by an extraordinary concern for human welfare as well as a commitment to an enlightened public discourse.”

Sunstein accepted the prize on June 6 in a formal ceremony in Bergen accompanied by wife, Samantha Power, J.D. ’99, professor of practice at Harvard Law School and former U.S. permanent representative to the United Nations, and their three children.

The day before, Sunstein delivered his Holberg Lecture, “Freedom.” In it, he explored the relationship between freedom of choice and human well-being. “My topic is one that has preoccupied lawyers,” he said. “But also artists, poets, and novelists; psychologists and anthropologists and philosophers; neuroscientists and diplomats; doctors and economists.”

Prior to the lecture, Barack Obama, J.D. ’91, appeared via video with a message of congratulations for Sunstein. Obama said he had known Sunstein since they were both law professors at the University of Chicago. He praised Sunstein’s scholarship and “the staggering breadth of collaborators he has brought along on his intellectual journey.” The sheer number of his partnerships gave rise to a game called “six degrees of Cass Sunstein, making him the Kevin Bacon of legal scholarship, with academics clambering to shrink their Sunstein number to one,” Obama said.