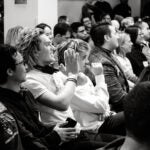 Patients with Type 2 diabetes who have high levels of blood sugar are at greater risk of serious complications such as chronic kidney disease, heart disease and blindness.

“Type 2 diabetes is a serious disease. High blood sugar levels can have a severe impact on a person’s quality of life and life expectancy,” said corresponding author Alexander Turchin, director of quality in diabetes at the Brigham. “Saying no may bear a strong influence on blood sugar levels and, down the road, complications. A few years of uncontrolled blood sugar can have a big impact.”

Previously conducted clinical trials have found that just a few years of elevated blood sugar levels can lead to an increased risk of heart attack and kidney failure 10 or 20 years later. Given the consequences of uncontrolled blood sugar levels, Turchin and colleagues set out to better understand why insulin therapy initiation is frequently delayed.

The team used natural language processing — an artificial intelligence tool that can scan through large amounts of data to pull out key phrases — to comb through clinical narratives that physicians had recorded in patients’ medical records. This allowed researchers, for the first time, to identify documented insulin decline by patients in electronic medical records notes. The study included more than 5,000 adults with Type 2 diabetes who were followed by primary care physicians (PCPs) affiliated with the Brigham and Massachusetts General Hospital between 2000 and 2014.

The authors note that the study does not address the reason patients decline insulin therapy — that generally is not noted in a patient’s record. All patients in the study received care in Massachusetts where insulin costs are generally lower than in other parts of the country. Turchin would like to further investigate possible reasons in future studies as well as the long-term complications that patients who decline insulin may experience.

Funding for this work was provided by Sanofi.