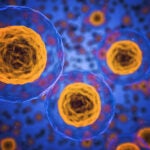 When cells reach their breaking point

Harvard Kennedy School’s Ash Center for Democratic Governance and Innovation released a study on June 26, titled, “Civic Responsibility: The Power of Companies to Increase Voter Turnout.​” Study coauthors Sofia Gross and Ashley Spillane examined the 2018 midterm voter participation initiatives of eight companies and found that the companies’ civic engagement strategies not only helped get voters to the polls, but created additional business value.

Participating companies in the case study included Blue Cross Blue Shield of Minnesota, Endeavor, GAP Inc., Patagonia, Snapchat, Spotify, Target, and Twitter. These companies had a wide spectrum of voter engagement programs, from small internal efforts to encourage employees to vote, to large public campaigns promoting voter education tools to millions of consumers. The coauthors found these companies were able to execute their programs at a low cost, and that the most effective efforts were bipartisan in nature.

“This case study makes clear the important role American businesses have to play in encouraging voter participation in elections,” said Ashley Spillane, coauthor of the study and advisor to the Civic Responsibility Project. “Midterm voter turnout was the highest it’s been in a century, particularly among young and minority voters. When more American businesses participate in promoting civic engagement, voter participation increases, strengthening our country’s democratic principles.”

“Companies from a range of industries were successful because they made it clear their efforts were about strengthening our democracy, not about advocating for a particular candidate or party. They prioritized voters,” said Sofia Gross, coauthor of the study and lead for political & nonprofit partnerships at Snap, Inc.

“A healthy democracy requires active engagement from all parts of society: not just government, but also the civic and private sectors. This report illuminates how several leading companies have stepped up to fulfill their democratic responsibilities by encouraging their customers, employees, and other stakeholders to participate in elections. We hope that these findings will inspire many other companies to sustain our democracy by facilitating voter participation,” said Archon Fung, Winthrop Laflin McCormack Professor of Citizenship and Self Government at Harvard Kennedy School.

The study can be found on the Ash Center’s website: ash.harvard.edu/corporate-civic-responsibility-report