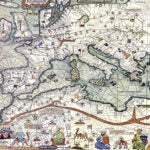 Music in the Mediterranean Diaspora: An international conference at Villa I Tatti

A positive HIV test result was once a near-certain death sentence, with more than 75 percent of people infected with the virus in the 1980s dying from AIDS. Today, HIV can be managed with antiretroviral medication, and a cure doesn’t seem quite so out of reach—thanks in part to a group of statisticians and epidemiologists at Harvard T.H. Chan School of Public Health.

These researchers, based at the Center for Biostatistics in AIDS Research (CBAR), are part of an international network of researchers—the AIDS Clinical Trials Group (ACTG)—whose work evaluating antiretroviral drugs and testing multi-drug regimens helped establish current treatment guidelines for HIV patients. Findings from the group’s studies have contributed significantly to the dramatic reductions in AIDS mortality in the U.S. and globally.

CBAR researchers have a hand in the design, monitoring, and interpretation of more than 50 clinical trials (testing treatments on human volunteers) and laboratory studies each year through ACTG. They also work on more than 150 additional studies through the three other major National Institutes of Health-funded research networks for which they serve as statistical center, and collaborate with colleagues at the Harvard T.H. Chan School of Public Health AIDS Initiative.

CBAR’s ongoing work on HIV includes studying the heightened risk of end-organ disease in the infected population as they age, and exploring new approaches for controlling HIV in infected patients with the ultimate goal of curing the disease. The group has also broadened its scope to include studies on the prevention and treatment of infectious diseases.