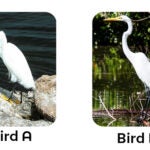 Sociology and Social Studies Assistant Professor Christina Ciocca Eller will join the Biden Administration as the assistant director of evidence and policy in the White House Office of Science and Technology Policy (OSTP). She will also serve as senior advisor for social and behavioral science at the National Science and Technology Council (NSTC).

“I just feel extremely fortunate to be able to be in a position where I’m able to bring my knowledge and expertise to some policy areas that could change our society for the better in a best-case scenario,” Ciocca Eller said.

As the inaugural assistant director of evidence and policy, Ciocca Eller will work with Alondra Nelson, who was appointed as deputy director for science and society in OSTP in January. Ciocca Eller will be tasked with developing and overseeing a research-based policy strategy.

The position will focus on a number of areas, including equity in STEM both in education and occupation and equitable data, as well as scientific integrity and access to science. The work on equitable data, which looks at what kinds of data infrastructure and resources are needed to adequately quantify inequality in government action, will be conducted in conjunction with the Equitable Data Working Group as mandated by President Joseph Biden’s executive order on advancing racial equity.

“I’m really hoping to use my time in Washington to think about making it a lot clearer for our research community how to interface with policymaking at the federal level, what it means to inform policy conversations, not just in theory but in practice, [and] to really spell that out so that the barriers between the research community and the policy community might lower,” Ciocca Eller said.

Ciocca Eller will be taking a public service leave from Harvard and will begin her new position on Sept. 1.