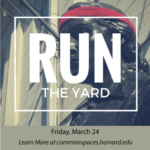 The recipients of the annual Peter J. Gomes S.T.B. ’68 Memorial Honors are typically people who have changed the world. This year’s group is no different, with one important exception: They were also chosen for the way they changed Harvard Divinity School.

“This year we celebrate the School’s bicentennial,” said Dean David N. Hempton. “We look forward to a future of continued leadership in the study of religion, but we also look back at our legacy and at the leaders who have changed HDS. The honorees have all made important contributions to the process of opening to new knowledge, new ideas, and new voices that has become our hallmark.”

Chosen each year by the HDS Alumni/Alumnae Council, the Gomes honorees represent the diverse personal and professional paths on which HDS graduates have an impact. This year, the council recognizes the preacher and civil rights leader Rev. Dr. Charles Gilchrist Adams, B.D. ’64; the activist and educator Precious Rasheeda Muhammad, M.T.S. ’01; Mary E. Hunt, M.T.S. ’74, the feminist theologian and cofounder of the Women’s Alliance for Theology, Ethics, and Ritual; and the scholar David Little, Th.D. ’63, formerly the T.J. Dermot Dunphy Professor of the Practice in Religion, Ethnicity, and International Conflict at HDS. The AAC also recognizes two non-alumni who had an outsized impact on HDS: Constance Buchanan, founding director of the Women’s Studies in Religion Program, and the late Buddhist scholar Robert H.L. Slater, the first director of the Center for the Study of World Religions.