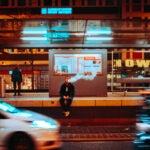 In addition, the study found that even small increases in PM2.5 exposure were linked with substantial health care and economic costs.

“The study shows that the health dangers and economic impacts of air pollution are significantly larger than previously understood,” said Yaguang Wei, a doctoral candidate at Harvard Chan School and lead author of the study.

Fine particulate air pollution is composed of tiny solids and liquids floating in the air that come from sources such as motor vehicles, coal-fired power plants, and wildfires. Previous studies have shown that, when inhaled, the particles can enter deep into the lungs and cause serious health problems. “For this study, we wanted to shed further light on the risks of exposure to short-term air pollution by searching for links between such pollution and all diseases that are plausible causes of hospitalizations,” said Joel Schwartz, professor of environmental epidemiology at Harvard Chan School and senior author of the study.

Researchers classified the diseases into 214 disease groups. They then analyzed 13 years’ worth of hospital admissions records, from 2000 to 2012, from more than 95 million inpatient hospital claims for Medicare beneficiaries aged 65 and older. To estimate daily PM2.5 levels across the U.S., researchers used a computer model that predicts exposure using satellite-based measurements and a computer simulation of air pollution. They then matched the PM2.5 data with the zip codes of study participants.

In addition to showing that short-term exposure to PM2.5 was associated with several newly identified causes of hospital admissions among older adults, the study confirmed previously identified associations between short-term exposure and hospitalization risk for a number of other ailments, including several cardiovascular and respiratory diseases, Parkinson’s disease, and diabetes.

Notably, all of the associations remained consistent even on days when daily PM2.5 levels were below the WHO air quality guideline.

In an economic analysis, researchers found that each 1 μg/m3 increase in short-term exposure to PM2.5 was associated with an annual increase of 5,692 hospitalizations, 32,314 days in the hospital, and 634 deaths, corresponding to $100 million annual inpatient and post-acute care costs, and $6.5 billion in “value of statistical life” (a metric used to determine the economic value of lives lost).

“These results raise awareness of the continued importance of assessing the impact of air pollution exposure. The strong evidence of a link between exposure to PM2.5 and many diseases, even at levels below the WHO guideline and, nationally, the National Ambient Air Quality Standards in the U.S., suggests that both sets of guidelines should be reviewed and updated,” said Francesca Dominici, professor of biostatistics at Harvard Chan School and principal investigator of the study.