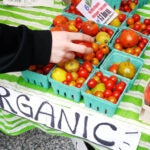 When should you consider buying organic?

Six finalists for the Goldsmith Prize for Investigative Reporting have been announced by the Shorenstein Center on Media, Politics and Public Policy at Harvard Kennedy School. The winner of the Goldsmith Prize for Investigative Reporting will be announced at an awards ceremony on March 6, 2018, at the Kennedy School. Additionally, Martha Raddatz, ABC News chief global affairs correspondent, will receive the Goldsmith Career Award for Excellence in Journalism and deliver the keynote speech.

The Goldsmith Prize for Investigative Reporting, which carries a $10,000 award for finalists and $25,000 for the winner, is intended to recognize and encourage journalism that promotes more effective and ethical conduct of government, the making of public policy, or the practice of politics by disclosing excessive secrecy, impropriety, and mismanagement, or instances of particularly commendable government performance. The Goldsmith Career Award is given for outstanding contributions to the field of journalism, and for work that has enriched political discourse. Past recipients include Gwen Ifill, Seymour Hersh, Walter Isaacson, and Christiane Amanpour.

“At the local, state, and national level, this year’s Goldsmith finalists exemplify the power of investigative reporting to uncover wrongs and to hold government and business accountable. These stories have saved lives and spurred changes to protect vulnerable populations,” said Shorenstein Center Director Nicco Mele. “In addition to the six finalists, we are also acknowledging The New York Times with a special citation to recognize their reporting on sexual harassment and assault, which has contributed to a significant cultural movement.”