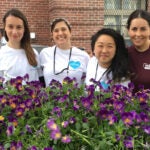 Sheila Jasanoff, the Pforzheimer Professor of Science and Technology Studies at Harvard Kennedy School, has been named winner of the 2018 Albert O. Hirschman Prize by the Social Science Research Council (SSRC). The prize is awarded biannually to scholars who have made “outstanding contributions to international, interdisciplinary social science research, theory, and public communication.”

The nominating committee for this year’s prize described Jasanoff as an “intellectual whose interdisciplinary work has charted new territory and established the grounds for a new field inside the social sciences.”

Jasanoff has authored more than 120 articles and chapters and is author or editor of more than 15 books, including “The Fifth Branch, Science at the Bar, Designs on Nature,” and “The Ethics of Invention.” Jasanoff founded and directs the Harvard Kennedy School’s Program on Science, Technology and Society, which seeks to develop foundational, policy-relevant insights into the nature of science and technology, and the ways in which they both influence and are influenced by society, politics, and culture.

Jasanoff has held distinguished visiting appointments at leading universities in Europe, Asia, Australia, and the U.S. She has served on the board of directors of the American Association for the Advancement of Science and as president of the Society for Social Studies of Science. She is also a member of the Council on Foreign Relations. She holds A.B. (RI ’64), J.D. (’76), and Ph.D. (’73) degrees from Harvard, and honorary doctorates from the Universities of Twente and Liège.