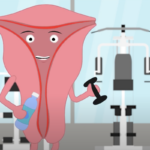 The Hutchins Center Honors are back with a new slate of honorees after a nearly three-year hiatus due to the pandemic. The W.E.B Du Bois Medal will be awarded to seven honorees “who embody the values of commitment and resolve that are fundamental to the Black experience in America” for their contributions to African and African American culture, the Hutchins Center for African and African American Research announced on Wednesday.

“Whether they’ve distinguished themselves in the arts, civic life, education, athletics, activism, or any combination of the above, these medalists show in all that they do their unyielding commitment to pushing the boundaries of representation and creating opportunities for advancement and participation for people who have been too often shut out from the great promise of our times,” said Henry Louis Gates Jr., Alphonse Fletcher University Professor and director of the Hutchins Center, in a statement.

“At this challenging moment in our civil life, the Hutchins Center Honors returns to assert the vital notion that our best way forward is to root ourselves in common principles of leadership, dialogue, and action, represented by each of medalists across their eclectic fields and heroic endeavors,” said Glenn H. Hutchins, chairman of the National Advisory Board of the Hutchins Center and of North Island.

This year’s ceremony will take place on Oct. 6 at 4 p.m. in Sanders Theatre, Memorial Hall at 45 Quincy St., Cambridge, Mass. Two free tickets per person will be available through the Harvard Box Office on Sept. 27 at noon.