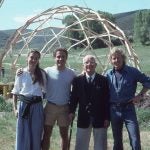 Sahil Lauji ’21 was one of 12 students and recent graduates selected to participate in the James C. Gaither Junior Fellows program run by the Carnegie Endowment for International Peace.

Lauji is a government concentrator from Georgia whose senior thesis, “Global Power Building: The Transnationalization of the Movement for Black Lives,” explored international relationships to historical and contemporary movements in the U.S., including the abolitionist movement, civil rights movement, and the movement for Black lives.

While at Harvard, Lauji founded the Harvard Undergraduate Foreign Policy Initiative, designed to connect undergraduates to institutions and scholars involved in foreign policy decision-making. More than 200 students have participated in the group, conducting policy research for U.S. and foreign government agencies, nonprofits, and research institutions including the National Security Council and the United Nations. He also helped to institutionalize the FYRE Pre-Orientation Program for first-generation, low-income, and underrepresented students, and worked at the NAACP Legal Defense Fund and the U.S. Department of Commerce.