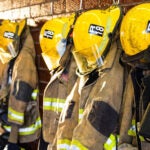 Meena Venkataramanan ’21 is one of 24 U.S. citizens who make up the Gates Cambridge Scholars class of 2021. She will join the MPhil program in English Studies at the University of Cambridge in October, and plans to study contemporary refugee and asylum-seeker literature from the U.S. and the United Kingdom.

Venkataramanan is a joint concentrator in English and South Asian Studies and grew up in Tucson, Arizona. While at Harvard, she founded the public service empowerment organization South Asian Americans in Public Service and journalism initiative Stories from the Border. Venkataramanan is also a Berta Greenwald Ledecky Undergraduate Fellow at Harvard Magazine.

The Gates scholarship program fully funds postgraduate study and research in any subject at the University of Cambridge. The program began in 2000 through a $210 million donation to the university from the Bill and Melinda Gates Foundation and celebrates its twentieth class of scholars this year. The scholars are selected based on outstanding academic achievement and commitment to social leadership and service.

Since its founding, the program has granted 1,932 scholarships to residents of 111 countries. Sixty more Gates Cambridge Scholars from other parts of the world will be named to the Class of 2021 in April.