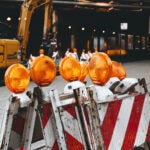 Reform the road to economic recovery

An online research seminar series launched by Dana-Farber faculty is engaging a large audience to participate in interactive sessions with leading scientists during the pandemic-caused shutdown of in-person events.

Sponsored by the Dana-Farber/Harvard Cancer Center (DF/HCC) and the Leukemia & Lymphoma Society, the Connect: Science series aims to bring together faculty, trainees, and laboratory staff by offering four seminars each week through the Zoom remote conference service. The initial talk was given by Nobel laureate William Kaelin Jr. on March 23.

An average of 1,500 people are participating in the seminars, which begin at noon every Monday, Tuesday, Thursday, and Friday, according to David Weinstock and Kornelia Polyak who organized the series.

“As it became apparent we were headed toward an Institute lockdown, Dr. Polyak and I began contemplating how to keep our trainees, staff scientists, and colleagues engaged,” said Weinstock. “We thought that a seminar series that involved leaders in cancer biology and immunology would attract a large audience, and we reasoned that many of those leaders would be eager to participate and contribute to the scientific community during this unprecedented period of separation.”

Weinstock said that with the aid of Deborah Goff, Rich Oakley, and their staff at DF/HCC, they had a website and a calendar running within a few hours. The organizers then asked the Leukemia & Lymphoma Society to be a partner and advertise the lectures through their large database of scientists around the world.

“The questions from the audience have been thought-provoking and the feedback about the series has been extremely positive,” said Weinstock.