San Francisco has fewer pretrial detainees in jail. But at what cost? 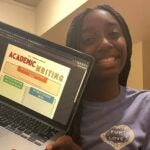 Since 2020, the number of individuals awaiting trial in San Francisco County who are required to wear an electronic monitoring (EM) device has increased by 308 percent. This explosion is the result of a decision in a case regarding defendants’ ability to pay cash bail and non-monetary release options. While many have applauded the solution as a way to end mass incarceration and reduce jail populations, others have pointed to the costs associated with pretrial monitoring — including psychological, social, and economic ones — and described it as an alternative form of incarceration.

In new research, Sandra Susan Smith, director of the Wiener Center for Social Policy and faculty chair of the Program in Criminal Justice Policy and Management, closely followed the experiences of a large group of defendants enrolled in the pretrial monitoring program to study the effects of the new system.

Working with a team of research assistants (Morgan Benson and Cierra Robson) and Harvard College students (Amisha Kambath, Isabel Levin, and Lilah Penner Brown), Smith conducted interviews of 66 defendants in the court-ordered pretrial EM program. On average, study participants were 37 years old, had 1.3 children, and lived in a household with fewer than two people; 49 percent were employed; and more than 40 percent were Black, despite Black people making up only about 5 percent of San Francisco’s population.

“Few have studied the costs of electronic monitoring from the perspective of those who are impacted by this increasingly popular form of pretrial surveillance,” Smith said. “Our findings run counter to the logic that EMs impose fewer social costs to defendants than pretrial detention.”