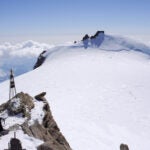 This year’s dramatically fluctuating temperature cycles from seasonably cold days to atypically warm stretches and back again has affected the life cycles of many species, including plants.

At the Arnold Arboretum of Harvard University, two scientists are examining how maple trees (Acer) are responding to climate stress and what that means for the future of the genus. Jake Grossman and Al Kovaleski, Putnam Fellows at the Arboretum, are modeling the evolution of the maples located in the Arboretum’s living collections, examining their 60 million-year journey from their origins in East Asia to current global distribution. By learning how the trees withstand low temperature stress in their tissues and respond to warm spells when they are dormant — called “cold hardiness” — they can help predict outcomes of climate change for maples, and other trees in Northern Hemisphere forests, and potentially even crops and agriculture.

The Arboretum asked the researchers what they are learning about how plants adapt and evolve to climate change and what it means for New England and beyond.

Gazette: Does the rate of climate change impact a species’ ability to evolve and adapt to weather conditions?

Grossman: Climate change does two things to weather. First, over time, average weather conditions change. The most obvious example of this is that our climate is getting warmer. So, every year, the average low temps and, to a lesser extent, the average high temps get higher. Second, climate change increases variability in weather. So, some years feature multiple extreme snow or rainstorms and flooding whereas other years feature droughts. This is already happening, but humans can still control how fast it happens, and that matters to plant evolution.

One way of thinking about this is in terms of “generation time” — the years from when a maple seedling sprouts to when it produces its own first daughter seed. This probably ranges from 10 to 30 years for maples. Maples have been evolving independently as a genus for about two million generations. During that time, the climate changed a lot, going from periods in which there was no ice anywhere on earth through several ice ages, and maples evolved along with it.

By 2200, in about seven maple generations, the climate could change so much that it resembles a past extremely hot climate that the world hasn’t seen for roughly 50 million years. Maples will probably be able to survive somewhere on Earth in this new, hot climate, but they absolutely will not be able to evolve to be adapted to it in seven generations. This future climate scenario will also be totally unlike anything we have ever seen.

Kovaleski: Another thing we have to consider when studying the adaptation of plants is their plasticity, how plants can mold themselves to the conditions they are exposed to. There is year-to-year variation in weather, and plants respond slightly differently each year to accommodate this variation. This means that the same plant adapts to a range of climates. However, they’re being continuously pushed toward their limit now — even if we can’t perceive it.