Research shows racial bias is real. Are we ready to talk about it? 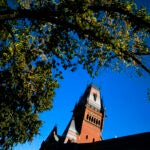 Taliesin Prize given to three seniors

Harvard Kennedy School faculty member Robert Livingston hopes his book “The Conversation: How Seeking and Speaking the Truth About Racism Can Radically Transform Individuals and Organizations,” will start the discussion.

Robert Livingston began his talk for the HKS Executive Education program last month with a startling fact: in a study to identify racial bias in a systemic way, researchers Michael Norton, of Harvard Business School, and Samuel Sommers, of Tufts University, found that white people believe there is more racism against them in American society than there is against Black people. “I’ll say that one more time,” Livingston, an HKS lecturer in public policy, emphasized. “White people now believe that there’s more racism against white people than there is against Black people. Black people don’t agree.”

The emphasis was notable, as the webinar on promoting racial equity took place just days after a horrific mass shooting in Buffalo, New York, that left 10 people dead. The shooter was a self-described “great replacement” theorist, believing nonwhite populations are trying to replace white people.

When participants of the Norton-Sommers study were asked about racism in the 1950s, both Blacks and whites agreed there was a lot of racism against Black people and almost none against white people—a contrast to attitudes about current-day racism. Livingston noted the importance of this shift in perception. “We already have a problem,” he said. “We can’t agree on whether there is a problem or to whom the problem is directed.”

Fortunately, Livingston said, the social sciences have many methodologies to research and assess bias. “The very first step to solving any problem is being aware that in fact a problem exists,” he said.

The research is the basis of his book “The Conversation: How Seeking and Speaking the Truth About Racism Can Radically Transform Individuals and Organizations,” in which Livingston creates a framework to talk about racial equality.