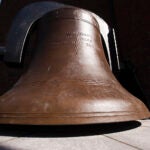 More priority needs to be given to protecting the world’s estimated 111 million welders and other workers from exposure to potentially toxic welding fumes, according to David Christiani, Elkan Blout Professor of Environmental Genetics at Harvard T.H. Chan School of Public Health. He was among 17 scientists from 10 countries who met in March 2017 at the International Agency for Research on Cancer (IARC) in Lyon, France, to review scientific literature and evaluate the carcinogenicity of several welding chemicals to humans.

An executive summary of the monograph, entitled IARC Monograph on the Evaluation of Carcinogenic Risks to Humans, was published online April 10, 2017 in The Lancet Oncology. The entire volume (#118) will be available online via http://monographs.iarc.fr/.

“The Working Group found new evidence to support the conclusion that welding fumes are a likely cause of lung cancer in humans, possible cause of kidney cancer, and definite cause of melanoma of the eye,” Christiani said. In addition to fumes, welding can expose workers to radiation and asbestos, which are known to cause cancer.

The IARC is a World Health Organization body that has among its activities to produce independent scientific consensus reports on the causes of cancer. These monographs, 118 to date, have been used by governments for protective regulations for years and have included reports on air pollution, diesel exhaust, smoking, sedentary behavior, diet, asbestos, and radiation.