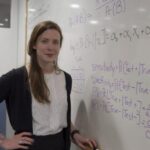 The Memorial Church is fully open to the Harvard Community following an eight-month renovation designed to transform the 85-year-old building into a more accessible, comfortable and versatile place for the evolving mission of Harvard’s “space of grace.”

The multi-million-dollar project, completed in January, is one of the most extensive renovations of the church since its construction in 1932. Visitors will notice little, if any, change inside the historic sanctuary. But those who venture downstairs will discover a complete redesign of the ground floor into a contemporary space featuring a new “Student Oasis,” meeting rooms and music rehearsal suite.

“This renovation is a result of collective moral imagination,” said Jonathan L. Walton, The Plummer Professor of Christian Morals and Pusey Minister in the Memorial Church. “When we began discussing the plans with architects about how best to redesign this space, we wanted the layout and design to capture our commitment to student well-being. We wanted the walls to convey a message of calm and comfort — an oasis from their otherwise fast-paced schedules.”

Demolition began in early June following Commencement week. By the end of July, the lower level of the church was just a shell of brick walls, concrete floors and bare columns underneath a tangle of wires and pipes.

During the Fall Term, new air-conditioning and mechanical systems were installed, and the new spaces started to take shape as winter set in over Harvard. The work wrapped up in January, just in time for the beginning of Spring Term.