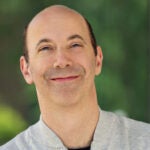 The Edmond and Lily Safra Center for Ethics announced the passing of Lily Safra, its longtime friend and benefactor.

Mrs. Safra was a constant friend of Harvard’s Center for Ethics, embracing the role of principal benefactor and endowing the center in her husband’s name in 2004. In 2015, Mrs. Safra became our center’s only Edmond J. Safra Honorary Fellow in Ethics. From the beginning, she recognized the importance of the center’s mission, both at Harvard and beyond, and encouraged its activities and growth. In her honor, this past year, the center was renamed to Edmond and Lily Safra Center for Ethics.

“Mrs. Safra always carried the message that ‘Edmond and I shared the belief that in the eyes of God we are all entitled equally to dignity, and that everyone has a right to a dignified life,’” noted Danielle Allen, director of the center. “Her own bearing was always both dignified and kind. She was an inspiration.”

Mrs. Safra was a committed philanthropist who supported countless projects in ethics, education, religion, medicine and medical research, and humanitarian relief for over 20 years through the Edmond J. Safra Philanthropic Foundation, established by and named for her late husband.

“Mrs. Lily Safra graced Harvard with dedicated support for extending teaching, research, and practice in ethics and public affairs across the whole University,” said Harvard President Larry Bacow. “Her exemplary philanthropy has helped us set a leadership standard in higher education for a commitment to the study of ethics on university campuses.”