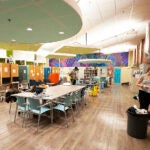 The more a country relies on coal-fired power plants to generate energy, the greater the lung cancer risk is among its citizens, according to a new study from Harvard T.H. Chan School of Public Health.

The study was published on Jan. 28, 2019 in the journal Environmental Health.

Most estimates of health risks from coal-fired plants have focused on levels of fine particulate matter, or PM2.5, generated by the plants. Air pollution from PM2.5 has been linked with shorter life expectancy and higher risk of early death from lung cancer and cardiovascular diseases. The new study is the first to look beyond PM2.5 levels to see how a country’s coal capacity may be linked with long-term health effects in its population.

The researchers examined data from 2000 to 2016 from a total of 13,581 coal-fired plants in 83 countries. Using a metric called “coal capacity per person” — the annual amount of generating capacity from every coal-fired plant in a given country, divided by the total population in that country — the researchers found that, for every 1-kilowatt increase of coal capacity per person, the relative risk of lung cancer increases 59 percent among men and 85 percent among women.

Based on their model, the researchers estimated that 1.37 million cases of lung cancer around the world will be linked with coal-fired power plants in 2025.

The dominant source of energy worldwide, coal-fired plants have produced more than 40 percent of global electrical power since the 1970s. Global production of coal more than doubled between 1980 and 2010.

Lead author Cheng-Kuan Lin, SD ’18 said, “Our new findings may help policymakers better understand how much of the disease burden from preventable lung cancer in their countries is attributable to coal-fired power plants.”