Working to reframe gender violence as a preventable disease 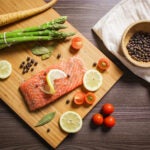 Sometimes when obstetrician and gynecologist Alice Han talks with people about the subject of violence against women and girls, she sees them shift about nervously.

“Any time you talk about things like sexual violence, it can make people uncomfortable,” she said. “It used to make me uncomfortable too.”

Her discomfort didn’t last. The more Han learned about the issue — in particular, how prevalent it is, with one in three women around the world experiencing certain types of it during their lives — the more she felt compelled to do something about it.

Last November, she did. She gave a well-received TEDx Beacon Street talk on violence against women and girls, or VAWG. And in March she wrote an op-ed about VAWG for CNN.

Han, who graduated in May with a master’s in public health in clinical effectiveness from Harvard T.H. Chan School of Public Health, plans to continue speaking up about VAWG. She said that experts have made great progress in recent years in addressing VAWG through research that quantifies and qualifies the problem and by developing strategies for prevention. But she thinks that the general population tends to see it as a “messy” problem that’s difficult to address — so it often gets ignored.

Han thinks more can be done. She wants to bring VAWG front and center, reframing it as a pandemic so that the world begins to address it through a global commitment, in the same way it addressed scourges such as smallpox, polio, and Guinea worm disease. Viewing VAWG as a pandemic makes sense because the ideas underlying its root causes, such as gender inequality, can spread like a disease, said Han—for example, boys who see their fathers abusing their mothers are more likely to grow up to be abusive in their own relationships.

“Just like we vaccinate for other diseases, we can vaccinate for VAWG — through education and training,” she said in her TEDx talk.