Reform the road to economic recovery 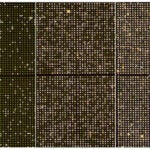 As Congress and the White House begin trading proposals on the contours of what a fourth COVID-19 relief package might look like, Stephen Goldsmith, the Daniel Paul Professor of Practice at Harvard Kennedy School and the director of the Ash Center’s Government Innovation’s Program, says that the nation’s infrastructure needs to take center stage

In a recently released memo to policymakers, Goldsmith outlines key recommendations for the pending stimulus legislation and calls on Washington to radically rethink how it delivers large scale infrastructure projects. Goldsmith, a former mayor of Indianapolis, Indiana and leading expert in public-private partnerships and government procurement reform, argues that policymakers, “need to take advantage of this moment in time to ease the barriers to more efficiently and quickly get many of these projects off the ground.”

In his memo, Goldsmith makes the case that the White House and Congress, “should consider infrastructure investment both as a way to create jobs and as a bridge to the future, literally and figuratively.” Citing the country’s massive infrastructure deficit, which can be seen in the nation’s increasingly potholed roads, rickety transit systems, and antiquated wastewater infrastructure, Goldsmith argues that cities are on the precipice of a true infrastructure crisis. “Cities will face an enormously difficult path forward as their tax revenues are likely to continue to collapse for one to two years after the end of the pandemic — even under more optimistic economic forecasting scenarios,” he wrote.

Goldsmith argues that lawmakers and the White House should not just pass infrastructure funding, but help expedite the permitting and approval process for projects; resist the urge to clutter a legislative package with a bevy of new federal mandates; encourage states to a adopt design, build, and operate contracts that accelerate project delivery; and incentivize public–private partnerships to quickly and more affordably construct schools and hospitals.

Goldsmith also urges lawmakers to think beyond traditional perceptions of what constitutes infrastructure spending to include such priorities as broadband, housing, and municipal debt support to help cities in general and less advantaged communities more specifically.

“During this excruciating time, infrastructure investment will produce jobs but also build a foundation for the future that will improve operations, assist local economies, and more fully engage urban residents,” he said. “We can’t let bureaucracy stand in the way of this crucial effort.“