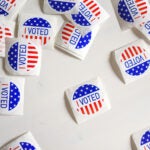 In western Europe’s turbulent sixth century A.D., when the western Roman Empire had fallen to newcomers from the north, and most scholars view western state structures as undergoing serious disarray, a group of Germanic background, the Visigoths, were instead creating new cities in post-Roman Hispania.

At least, that is what the scant contemporary historical records claim. They credit Visigothic King Leovigild with reorganizing an Iberian Visigothic polity and founding a new royal city, Reccopolis, in central Spain in 578 A.D.  Patient archaeological work over the last 60 years has uncovered an impressive palace and chapel, remains of a wall, two mansions, and some shops. Most of the site is privately held and actively farmed so excavation has been limited and expensive.

Archaeology has however confirmed that the site was occupied for about 200 years, including post-Islamic conquest of Iberia in 711 A.D. But was it really a town? Or a kind of early medieval Potemkin Village, a royal palace and a few aristocratic residences hyped as a new city?

A new investigation organized by the Initiative for the Science of the Human Past at Harvard and Michael McCormick, Goelet Professor of Medieval History, brought together the resources of Spain’s foremost specialist of the site, Lauro Olmo Enciso of Universidad de Alcalá de Henares and a former Fulbright Fellow at Harvard; the technological prowess of the Goethe University of Frankfurt — Joachim Henning and his team, the German Archaeological Institute, Frankfurt (Knut Rassmann); and Harvard students.

The result is a new study “Reccopolis revealed: the first geomagnetic mapping of the early medieval Visigothic royal town,” published recently in Antiquity: a Review of World Archaeology.

Geomagnetic data also revealed a large building whose unique orientation and plan suggest an early Umayyad mosque built following the Islamic conquest in 711 A.D. If confirmed, this could be the oldest archaeologically-identified mosque in Europe. Given that the new survey mapped 92 percent of yet-unexcavated Reccopolis, Visigothic written claims of a new urban center have now been fully confirmed. Reccopolis is indeed revealed to be, to date, “the only archaeologically documented example of a new city founded by a northern group whose ethnogenesis replaced the Roman order.”

This, during a century marked by the volcanically triggered Late Antique Little Ice Age, starting in 536 A.D., and the multi-century Justinianic Pandemic of bubonic plague which emerged in 541 A.D.  It is a testament to “the Visigothic monarchy’s power and ideological ambition in an age characterized elsewhere by crisis.”

Many questions remain to be answered by further archaeoscientific exploration of Reccopolis, but our understanding of sixth-century Europe has been challenged and irrevocably expanded.