Putting plants at the center of the plate 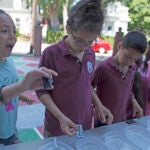 Nearly three-and-a-half years after they created Forward Food plant-based culinary training at Harvard, Chef Wanda White and Ken Botts of the Humane Society of the United States returned to campus on June 4 and 5 to lead Harvard University Dining Services’ (HUDS) chefs and managers through a two-day intensive training and tasting on plant-based cuisine.

In the intervening time, plants have moved to the center of many diners’ plates, as individuals recognize the health and environmental benefits of making fruits, vegetables, beans, grains, nuts and seeds the greatest focus of their daily meals. 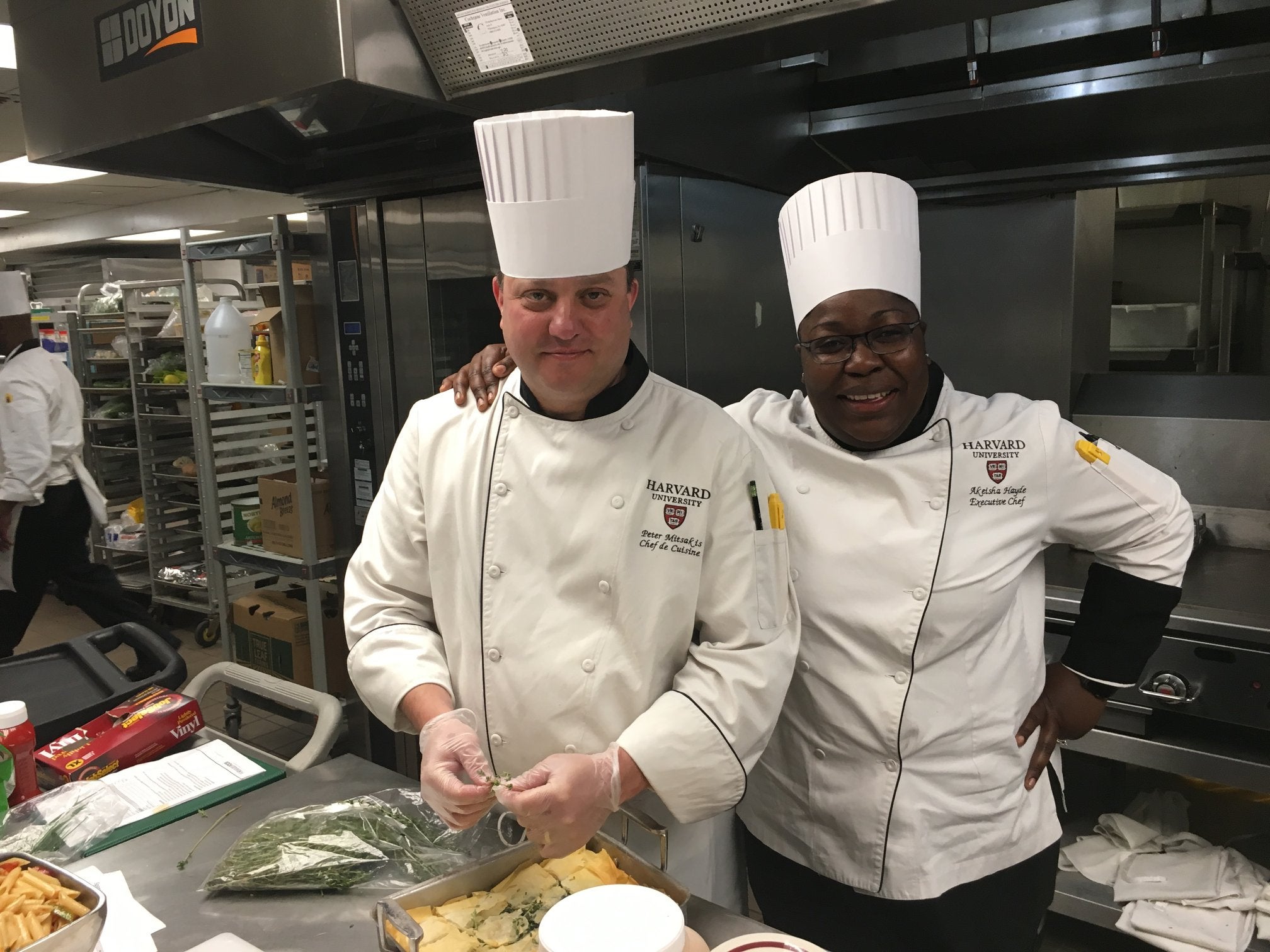 At Harvard, while the number of students who identify as vegan or vegetarian hasn’t changed much, more forgo meat as a core component of every meal. In a recent satisfaction survey, 57 percent of student respondents noted it was very important to them to eat healthy, with another 38 percent saying it was somewhat important. At the center of their definition are lean proteins, whole grains and vegetables.

“This training gives our chefs a chance to reframe their thinking,” says David Davidson, managing director of HUDS. “Many of them were classically trained in a style where meat was the center of the plate and the core, defining flavor. Forward Food gives them an opportunity to explore new recipes, techniques and ingredients.” 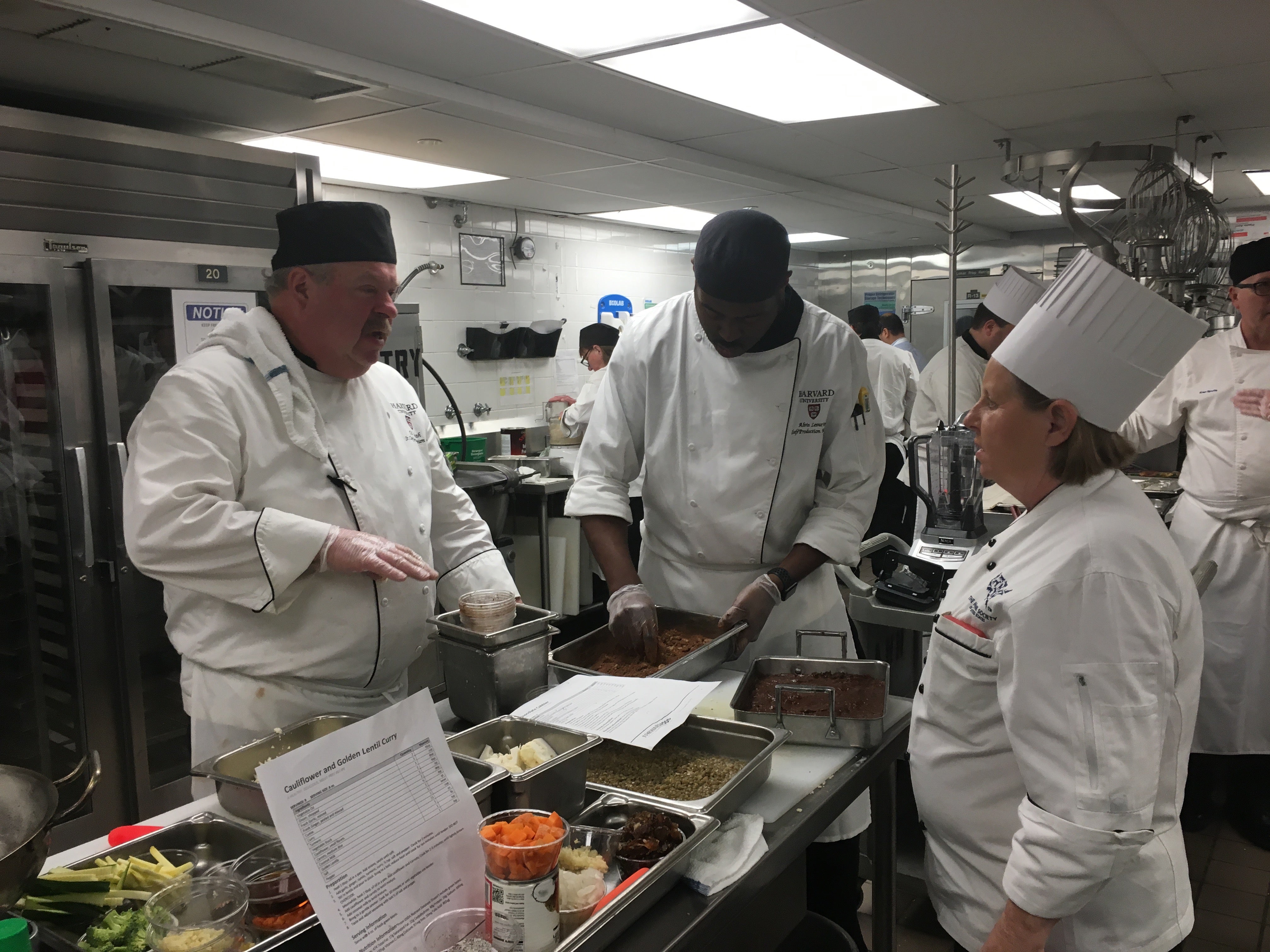 “In January of 2015, HUDS asked us if we did kitchen-based training programs,” said Ken Botts, director of Food and nutrition for the Humane Society of the United States. “I said yes, but the truth was we hadn’t ever done a formal program. We created it here, and since that first program we’ve done more than 160 culinary workshops, training more than 2,400 professionals, across the United States, and just recently extending to Canada, Europe, and South America.”

“We’ve been doing a great deal of work making plants a more prominent feature on our menu,” notes Martin Breslin, HUDS’ director for Culinary Operations. “This past year, we added a dedicated plant protein dish at every lunch and dinner. By the end of the school year, we’d served almost 47,000 pounds more plant proteins than the year before. We’ve altered the ratio of meat to vegetables in countless dishes, and created stations where students can really tailor a dish’s contents to make meat a condiment, rather than a feature.” 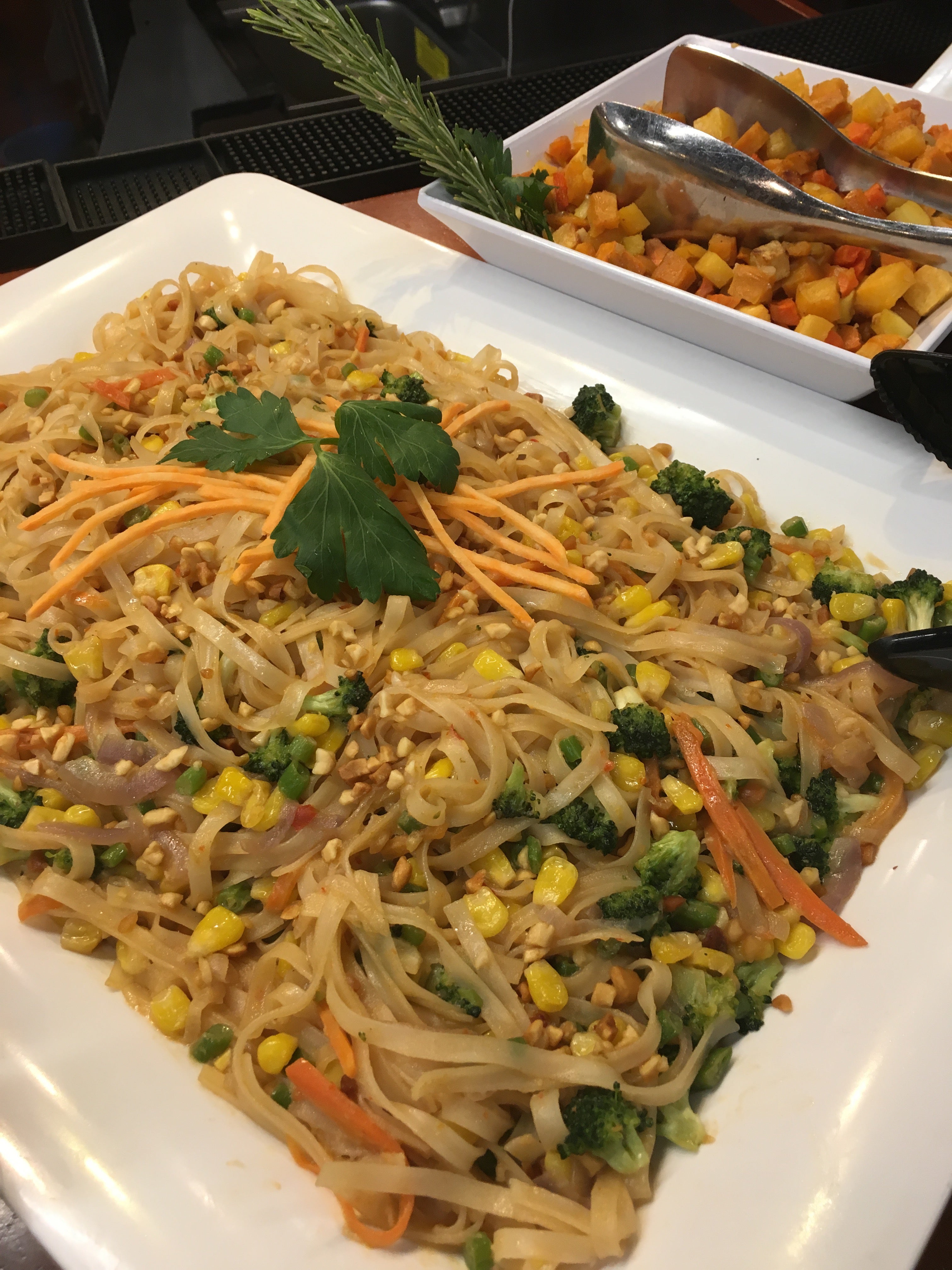 Botts notes, “It’s invaluable to us to work with food service teams like Harvard’s. They are on the front line, responding to student tastes, but also shaping the way they’ll view and consume food moving forward. What happens in a campus dining hall can alter an individual’s approach to food for the rest of their lives, and we’re thrilled to contribute to the knowledge base that will help guide that toward a more sustainable future.”

“It’s awesome to watch our team embrace new ways of thinking,” says Davidson. “They’re tasting these new recipes and they’re excited by the possibilities. They’re energized by the work.”