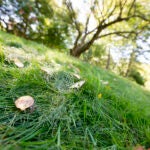 The deans of 17 public health schools in the U.S. and Canada, including Dean Michelle A. Williams of Harvard T.H. Chan School of Public Health, have signed an open letter pledging not to accept any research money from the Foundation for a Smoke-Free World, a group funded by tobacco company Philip Morris.

The Jan. 25, 2018 statement notes that “both the tobacco industry and Philip Morris International have a long history of funding ‘research’ in ways meant to purposely confuse the public and advance their own interests, aggressively market cigarettes globally, including to children, and persist in their relentless opposition to evidence-based tobacco control interventions.”

Some fear that the foundation will fund research to promote cigarette alternatives such as a new electronic device called the iQOS, that heats but does not burn tobacco.

“The idea of taking money that’s from the tobacco industry is just antithetical to everything we do,” Karen Emmons, dean for academic affairs at Harvard Chan School, told the AP. “Philip Morris in particular has focused very hard to undermine the strategies that we know will reduce smoking rates.”