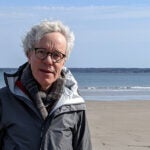 In a testimony on Dec. 15, before a panel examining policies toward Native children in the U.S., Joseph Kalt, Ford Foundation Professor of International Political Economy, emeritus, spoke about the importance that American Indian self-determination has played in helping spark a remarkable period of economic growth across a broad swath of Indian Country.

Appearing before the Alyce Spotted Bear and Walter Soboleff Commission on Native Children, a congressionally chartered body tasked with developing a set of recommendations for strengthening services to Native children, Kalt delivered a detailed set of findings outlining how the expansion of the responsibilities and capacities of tribal governments have resulted in a remarkable period of economic growth over the past 30 years. “The onset of tribal self-determination through self-government in the late 1980s ushered in the only policy that has ever worked to improve economic and social conditions in Indian Country,” said Kalt in his remarks before the commission.

Kalt, who serves as the co-director of the Harvard Project on American Indian Economic Development at Harvard Kennedy School’s Ash Center has spent much of his career examining Native self-governance and its impact on economic growth in Indian Country. “The research evidence is that it is local self-government by tribes — making their own decisions about everything from local taxes and appropriate business regulation to what languages get taught in the schools and what days trash gets collected — that explains the sustained economic development that has finally taken hold over so much of Indian Country,” Kalt told the commission.

Starting in the 1970s, Congress passed a number of pieces of legislation to promote Native self-determination. In the intervening decades, Congress and federal agencies have worked to expand and support efforts of tribes to make decisions over their own affairs. During this same period, research by Kalt and others has shown how per capita income levels of Native Americans residing on reservations have risen at a rapid rate – far outpacing growth rates for all other Americans. “The dawn of self-determination through self-government has launched a sustained economic boom — on average — for the tribal nations of the U.S.”

The economic growth rates in Indian Country of the last thirty years, sparked in part by federal policies of tribal self-government, can be seen in falling childhood poverty numbers, Kalt told the commissioners. “The effects of the economic boom going on in Indian Country are reflected not only in individuals’ incomes, but in families and their children’s well-being and living conditions.”

Even with the impressive levels of economic growth and poverty reduction seen across a broad swathe of Indian Country over the past thirty years, Kalt told commissions that the need for economic development support remains acute. “Indian Country started from such a low base that it will take decades for the income gap to close, even if Indian Country maintains its strong pace. It would be poor public policy for the federal government to waver or retreat in its support for tribal self-determination through self-government and American Indian economic self-sufficiency.”