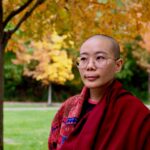 The European Research Council has awarded Harvard Professor Charles Langmuir and researchers the GEOMAR Helmholtz Centre for Ocean Research Kiel in Germany a €14 million Synergy Grant to explore the link between shrinking ice sheets and volcanos on the ocean floor.

The six-year grant will allow Langmuir and his German colleagues to establish a first ever million-year timeline on volcanic eruptions to analyze to what extent the eruptions are influenced by melting ice sheets. More specifically, the researchers want to see if changes in pressure on the sea floor due to rising and falling sea levels caused by glacial melting influences result in whether the volcanos on the sea floor are more active or less. The timeline will help directly connect sea-level change, volcanism, hydrothermal activity, and geophysical processes 1.5 million years into the past.

“This will be an entirely new data set, never before obtained in human history, where we hope to get details of a million-year time series across the full range of spreading rates at ocean ridges,” said Langmuir, Higgins Professor of Geochemistry. “That’s never been done before and we anticipate both the test of the influence of glacial cycles on volcanism and the unanticipated discoveries that often occur when entirely new data is collected.”

The bulk of the research will focus on volcanos that form at mid-ocean ridges. At these ridges, chains of volcanoes form on the seafloor that can be 60,000 kilometers long. They are the most extensive landform on Earth. They are also where 80 percent of Earth’s volcanism happens, where all the sea floor is created from the activity of tectonic plates, and are essential to the habitability of the planet.

Over the course of five research cruise expeditions, the scientists plan to take sediment cores and to carry out seismic studies at three mid-ocean ridges: the Mid-Atlantic Ridge, the Juan de Fuca Ridge off the US-American west coast, and the South East Pacific Rise.

The researchers will use novel sampling approaches to develop the time series of hydrothermal activity that they can directly relate to past sea level changes and climate. Ship-based measurements analyzing the morphology of the sea floor and the thickness of the sediments and the oceanic crust will allow the researchers to reconstruct eruptions and determine if they were affected by variations in the sea level.

The scientific rationale for the project began with a 2009 paper Langmuir published with Peter Huybers, a Harvard professor of Earth and planetary sciences and environmental science and engineering, that first suggested that melting glaciers and volcanism along mid-ocean ridges were related.

The new grant will allow Langmuir to follow the theory to an answer on how the increased or reduced load of water from melting ice sheets causes the ridges to pulse and the volcanos to erupt.

Lanmuir has been a Harvard professor at the Faculty of Arts and Sciences since 2002 after 20 years at Columbia University’s Lamont-Doherty Earth Observatory. He was elected to the American Academy of Arts and Sciences in 1998 and the National Academy of Sciences in 2006. He is a fellow of the American Geophysical Union and the Geochemical Society and has received a number of honors in his career including the Arthur Holmes Medal and the Urey Medal from the European Geosciences Union.

Langmuir’s collaborators from the GEOMAR center for the project include Kaj Hoernle, Heidrun Kopp, and Martin Frank. Hoernle is the group’s lead principal investigator.