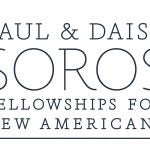 During the COVID-19 pandemic, Americans’ opinions on a variety of health and social issues have shifted, according to new research led by Harvard T.H. Chan School of Public Health.

An analysis of 18 polls conducted during 2020 found that confidence in U.S. health care increased during the pandemic. In 2019, only 36 percent of survey respondents reported that they were confident in the U.S. health system, but that number jumped to 51 percent in 2020.

The findings, which were highlighted in a March 31, 2021, Commonwealth Fund blog post, also showed that the percentage of the public rating the U.S. Centers for Disease Control and Prevention as excellent or good dropped from 64 percent in 2019 to 50 percent in 2020.

The article, which was co-authored by Robert Blendon, Richard L. Menschel Professor of Public Health and Professor of Health Policy and Political Analysis, Emeritus, John Benson, senior research scientist in the Department of Health Policy and Management, and colleagues from The Commonwealth Fund, also noted a sharp shift on attitudes toward racism. In 2020, 60 percent of respondents said racism is a big problem in the U.S. compared with 49 percent the prior year.

“We are likely entering an era, unlike any since the late 1960s, when the public is open to solving problems related to racism, including discrimination in the provision of health care,” the authors wrote.

Read the Commonwealth Fund blog post: “After a Year of Pandemic and Crisis, How Have Americans’ Values Changed?”