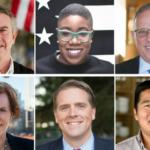 The increasing polarization of healthcare politics poses a significant barrier to health care reform in the U.S., Robert Blendon, professor of health policy and political analysis at Harvard T.H. Chan School of Public Health, said in a Jan. 10, 2018 Harvard Political Review article. The article discussed left-wing health reform efforts since the 1940s, the adoption of Medicare in 1965, and current efforts to adopt a single-payer or ‘Medicare for all’ healthcare model.

According to the article, five years ago few considered a single-payer model possible. “Today, half of all Americans, almost two-thirds of Democrats, 15 U.S. Senators, and the majority of Democratic representatives support the plan. Although the idea is young, it has taken a long and arduous political path to popularity—and it may have an even longer path ahead.”