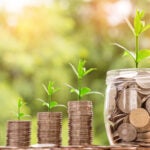 Kasich was elected governor of Ohio in 2010 and re-elected in 2014. During his time in office, Kasich has worked to improve the state’s economy and has closed an $8 billion budget shortfall while reducing state income taxes and eliminating the state’s estate tax. He has also prioritized state infrastructure projects, innovation in education, and tackling the opioid epidemic. Ohio has added almost 500,000 jobs during Kasich’s tenure.

“Governor Kasich is a truly committed public servant who has gained respect from citizens and colleagues on both sides of the political aisle over a long and distinguished career,” Elmendorf said. “We are honored and delighted that he will deliver the graduation address to the Harvard Kennedy School Class of 2018.”

The graduation address will be delivered at 2 p.m. on May 23 at Harvard Kennedy School. It will be live-streamed on the School’s website: http://www.hks.harvard.edu/commencement. Journalists interested in covering the address should contact the School’s Communications Office at 617-495-1115.