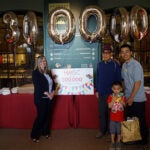 Few U.S. medical schools emphasize nutrition in their curricula, which is potentially undermining doctors’ abilities to effectively address chronic diseases, including heart disease and cancer,  according to nutrition experts.

Walter Willett, professor of epidemiology and nutrition at Harvard T.H. Chan School of Public Health, warned that such an “extremely unbalanced medical education” could have long-term impacts on patients.

“People are gaining a pound or two a year, and nobody says anything. But then by age 50 or 55, they’ve often gained 30 or 40 pounds, which has huge impacts on their health,” Willett said. “In the younger years, middle age, people are acquiring the risk factors that often don’t show up as major diseases until later in life.”