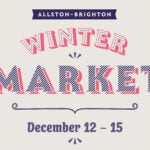 Michael Kremer, Gates Professor of Developing Societies in the economics department, and his colleagues Abhijit Banerjee and Esther Duflo of MIT, announced that they will donate their Nobel prize money to the Weiss Fund for Research in Development Economics.

Banerjee, Duflo, and Kremer received the 2019 Sveriges Riksbank Nobel Prize in Economic Sciences for their experimental approach to alleviating global poverty and the successful application of those approaches in environments around the world. They delivered their Nobel Prize Lectures in Sweden on Dec. 8.

The Nobel laureates contributed their 9 million Swedish Kroner (approximately $916,000) to the fund, administered by Harvard University, in a commitment to investing in development economics research around the world. The donation, combined with a $50 million gift from Child Relief International (CRI), a foundation established by Andrew and Bonnie Weiss, will support research funding through 2035.

Weiss is a fund manager and professor Emeritus of economics at Harvard. The Weiss Fund has operated since 2012 to support developmental economics research at universities in the United States, and will expand its reach globally following the provision of new funds from CRI and the Nobel laureates.

“As Esther, Abhijit, and I have emphasized, this is a prize not just for the three of us but for a broader movement involving researchers, nonprofit organizations, businesses and governments that want to improve what they’re doing for the broader good, and are courageous enough to try new approaches and rigorously test them,” Kremer said in his lecture.

“We are confident that this commitment will empower a broader set of people to use the experimental approach to advance science, inform policies, and develop and scale innovative solutions to address human needs.”