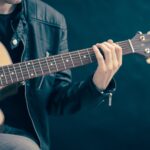 Kicking out the jams at the coffeehouse

The Nieman Foundation for Journalism at Harvard has selected 27 Nieman Fellows for the class of 2020. The group includes local reporters, foreign correspondents, editors, a photographer, a bureau chief, television producers, newsroom executives, and others who specialize in data investigations, digital development, and innovative forms of reporting across all platforms.

The class includes Nieman’s  first-ever fellow from Niger and the executive director of news at Canada’s Aboriginal Peoples Television Network. The foundation also will welcome journalists from legacy newsrooms such as The Wall Street Journal, NPR, ABC News, and The Boston Globe’s Spotlight team as well as inaugural fellows from digital newsrooms including Quartz and FiveThirtyEight.

For the second year in a row, Nieman will host three Nieman Abrams Fellows for Local Investigative Journalism: Matthew Dolan, an investigative reporter for the Detroit Free Press; Johnny Kauffman, a reporter at the public radio station WABE in Atlanta; and Tennessee Watson, an education reporter with Wyoming Public Radio. The fellowships, supported through a grant from the Abrams Foundation, are designed to bolster in-depth reporting at the local level at a time when many community newsrooms across the United States are either struggling or closing.

Also joining the class is Gülsin Harman from Turkey, a freelance reporter at The New York Times Istanbul bureau, who has been selected as the second Robert L. Long Nieman Fellow. The fellowship is offered in partnership with Turkish Philanthropy Funds (TPF) and Joan Rebecca Siregar-Long to support Turkish journalists and their work.

Robert Chaney, a staff writer who covers natural resources and science at the Missoulian newspaper in Montana, is the Harry M. Davis Nieman Fellow in Science Journalism. The fellowship will be supported during the 2019-20 academic year by a gift made on behalf of Ella Davis Mazel in memory of her brother, Harry M. Davis, a science journalist and a Nieman Fellow in the class of 1941.

Nieman has educated more than 1,600 journalists from 98 countries since 1938. In addition to taking classes during their time at Harvard, fellows participate in seminars, workshops, and master classes, and conduct research with Harvard scholars and others in the Cambridge area.

The Nieman Foundation for Journalism at Harvard educates leaders in journalism and elevates the standards of the profession through special programs that convene scholars and experts in all fields. In addition to its fellowship program, the foundation’s other initiatives include Nieman Reports, a website and quarterly print magazine that covers thought leadership in journalism; Nieman Lab, a website that reports on the future of news, innovation and best practices in the digital media age; and Nieman Storyboard, a website that showcases exceptional narrative journalism and explores the future of nonfiction storytelling.