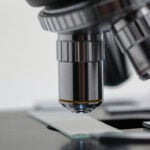 New Zealand Prime Minister Jacinda Ardern will receive Harvard Kennedy School’s Center for Public Leadership Gleitsman International Activist Award during a virtual ceremony on Dec. 1, 2020. The award honors Ardern for her leadership, decisive action, and commitment to reformative and inclusive policies that have served her country and the health of our planet. The prime minister has asked that this year’s $150,000 prize money go to a scholarship for a student from New Zealand enrolled at Harvard Kennedy School.

“We are thrilled that Prime Minister Jacinda Ardern will accept this year’s award,” said Wendy R. Sherman, professor of the practice of public leadership and director of the Center for Public Leadership at Harvard Kennedy School. “The Prime Minister exemplifies principled, effective and just leadership, exactly the kind of leadership our students aspire to uphold. She has wielded a steady and swift hand, an open mind, and a keen reflection of her entire community in meeting challenges of terror, earthquakes and now Covid-19. The prime minister reminds all of us that strength, compassion, science, clear communications, humility and activism go hand in hand to create positive results.”

New Zealand was the first country where women won the right to vote and Ardern is its third female leader. A self-described “pragmatic idealist,” Ardern implemented stringent measures to combat climate change, with the goal of net zero carbon emissions by 2050.

She moved quickly and with compassionate resolve in the days following the March 15, 2019 terrorist shooting attack, leading her government to ban military style semi-automatics and assault rifles within weeks.

Most recently, in the face of the Covid-19 pandemic, Ardern led New Zealand to record low rates of disease transmission and death through clear, science-based mandates and responsive supports for citizens and the medical community.

In October 2020, Ardern was elected to a second term.

The Gleitsman Award and $150,000 prize are given annually by the Center for Public Leadership to an individual or team whose leadership in social action has improved the quality of life in the United States and across the globe. Previous Gleitsman recipients include Malala Yousafzai, Tarana Burke, Nelson Mandela, Gloria Steinem, and U.S. Representative John Lewis.