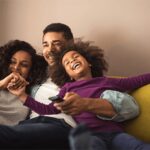 Growing up in Chicago, Hoda Mahmoud rarely came across dentists who looked like her. “Only later did I make the connection that it was not due to a lack of interest in the field; rather, it was a lack of opportunities and representation in dentistry,” said Mahmoud, a member of the Class of 2025 at the Harvard School of Dental Medicine (HSDM).

A 2020 analysis by the Health Policy Institute confirms Mahmoud’s observation, finding that the U.S. dental workforce is over 70 percent white and 18 percent Asian, with all other groups of color making up less than 12 percent — even though these groups compose more than a third of the U.S. population. Increasing diversity in dentistry can lead to more equitable and higher quality oral health care for communities of color, whose limited access to dental care contributes to higher rates of periodontal disease, diabetes, and cardiovascular disease.

The scholarship is also funded by HSDM alumni and community members dedicated to expanding diversity in dentistry — including scholarship namesake Dolores Mercedes Franklin, who went on to become the first woman and the first person of color to hold the top-ranking dentist executive position in a Fortune 500 pharmaceutical company.

“Our students are entering a profession when there still exists an underserved population — a dire separation of those who have oral health needs and those who have access to care,” Franklin said. “This scholarship holds the promise of attracting highly qualified students with financial need and preparing them to be global leaders in their fields, dedicated to improving human health, and in doing so, addressing health disparities.”

Throughout her career, Franklin has advocated for oral health as integral to systemic health, including through her work as assistant health commissioner for New York City, where she advanced oral health policy.

Like Franklin, Mahmoud is focused on oral health as fundamental to overall well-being. She’s interested in helping to minimize the negative effects that socioeconomic status can have on patient care and exploring the connections between mental, systemic, and oral health.

“As the daughter of immigrants, I have witnessed the difference in care and empathy between providers that are well-rounded in their experiences with diverse cultures, and those that have limited encounters with their patient pool,” she said. “Empathy comes with experience, and it is an essential trait that is needed in health care. With this scholarship, I hope to be a part of the solution.”